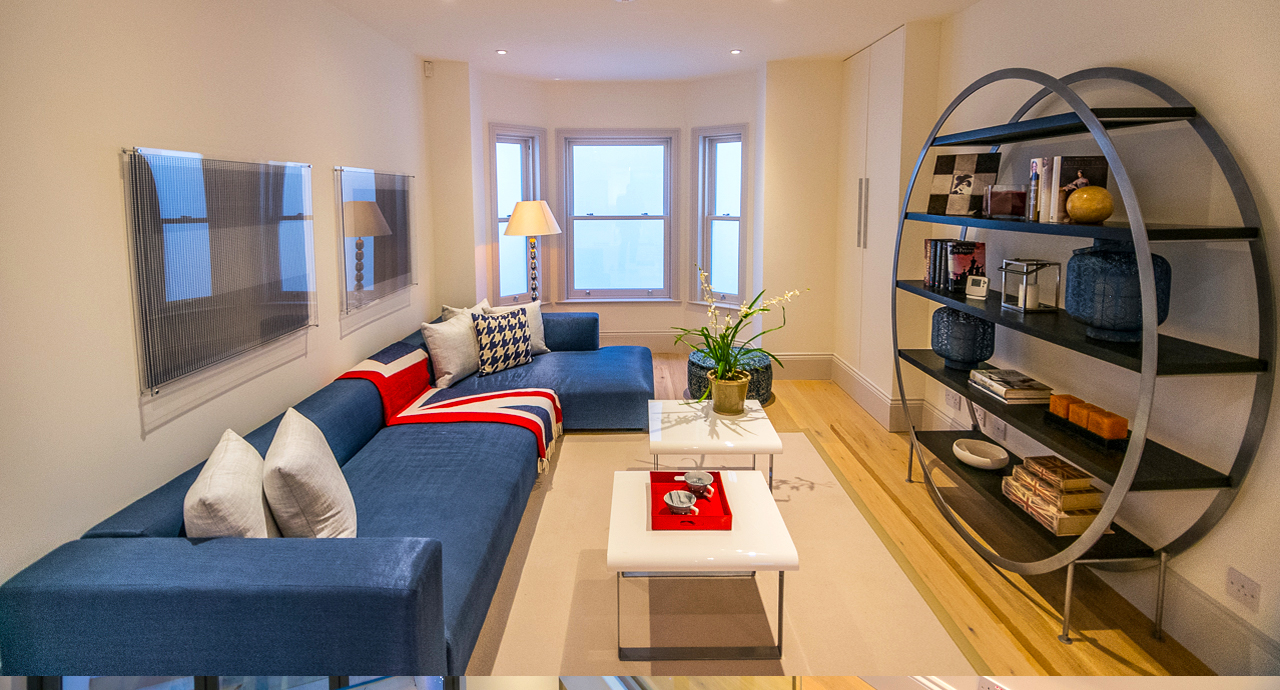 Janie Tate comes from a family steeped in Interior Decoration and Design, her uncle being Tom Parr, generally considered as one of England’s leading postwar decorators who became Chairman of Colefax and Fowler. Janie worked for a property developer before setting up her own business project managing renovations and properties for clients, which she did very successfully until JCJ Properties was formed in 2006.

Jo Sherrard worked for 20 years with Rose Nevill, one of the first “property finders” in London. After a successful renovation project with Janie and her then partner in 2006, JCJ Properties was formed and continued with renovations as well as overseeing refurbishments for clients.

• HOUSEBOAT ON THE THAMES •

We were asked by the owner of this boat to transform it into a great space for entertaining but with a nod to all things “marine”. Submarine doors were created, joinery was finished in marine ply and nautical-looking lighting was chosen. We worked closely with architects De Rosee SA to achieve this.

This flat was completely stripped out and remodelled, again together with De Rosee SA, and achieved an excellent price when sold.

JCJ Properties has renovated a number of properties South of the River including this house which was bought, refurbished and sold within a few months.